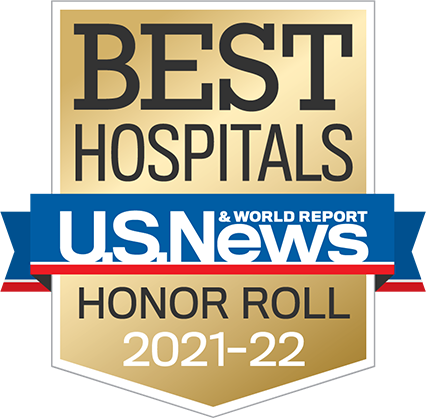 Barnes-Jewish was ranked in 11 data-driven specialties and received the highest rating in all 16 common care procedures.

In tabulating the rankings, U.S. News & World Report surveyed more than 10,000 specialists and evaluated data from nearly 5,000 hospitals across the U.S.

Barnes-Jewish was ranked in 11 data-driven specialties and received the highest rating in all 16 common care procedures.

In tabulating the rankings, U.S. News & World Report surveyed more than 10,000 specialists and evaluated data from nearly 5,000 hospitals across the U.S.

BEHIND THE BEST HOSPITALS NUMBERS

Consumers look to the U.S. News & World Report rankings to help them find the best hospital care available when they are facing critical medical conditions and complicated procedures.

Learn more about what the rankings mean and how they are determined at http://health.usnews.com/best-hospitals.

In addition to being the best hospital in St. Louis and the only hospital ranked by U.S. News in Missouri, Barnes-Jewish Hospital is the recipient of additional awards and designations.

The highest honor for excellence in nursing. Barnes-Jewish, the first adult hospital in Missouri to receive the designation, was initially recognized in 2003 has been redesignated every five years since, most currently through 2018.

Barnes-Jewish Hospital's trauma program has earned the distinction of Level I verification from the American College of Surgeons, the highest national recognition possible. Barnes-Jewish Hospital is one of three hospitals in the State of Missouri to earn this prestigious honor.

Received in 2006 from the National Foundation for Trauma Care and given to acknowledge trauma centers prepared to provide care in the event of a disaster.

Received from the National Cancer Institute in acknowledgement of the hospital’s Alvin J. Siteman Cancer Center.

Barnes-Jewish Hospital is recognized as a Level 4 designated center, the highest level, by the National Association of Epilepsy Centers for providing the most comprehensive forms of intensive neurodiagnostic monitoring, as well as more medical, neuropsychological, and psychosocial treatments for those who suffer from seizure disorders compared to other centers. As a Level 4 center, we offer a complete evaluation for epilepsy surgery using the most advanced technology and clinical expertise.

Received in 2006 from the American Society for Bariatric Surgery; successful recertification every three years since (most recent 2018).

The National Cancer Institute (NCI) has awarded Siteman Cancer Center at Barnes-Jewish Hospital and Washington University School of Medicine in St. Louis an “exceptional” rating, based on a rigorous review of Siteman’s research programs.

To schedule an appointment with a Washington University physician at Barnes-Jewish Hospital, call 888.998.7953

Get the latest in medical technology, research and disease prevention sent to your inbox
SIGN UP